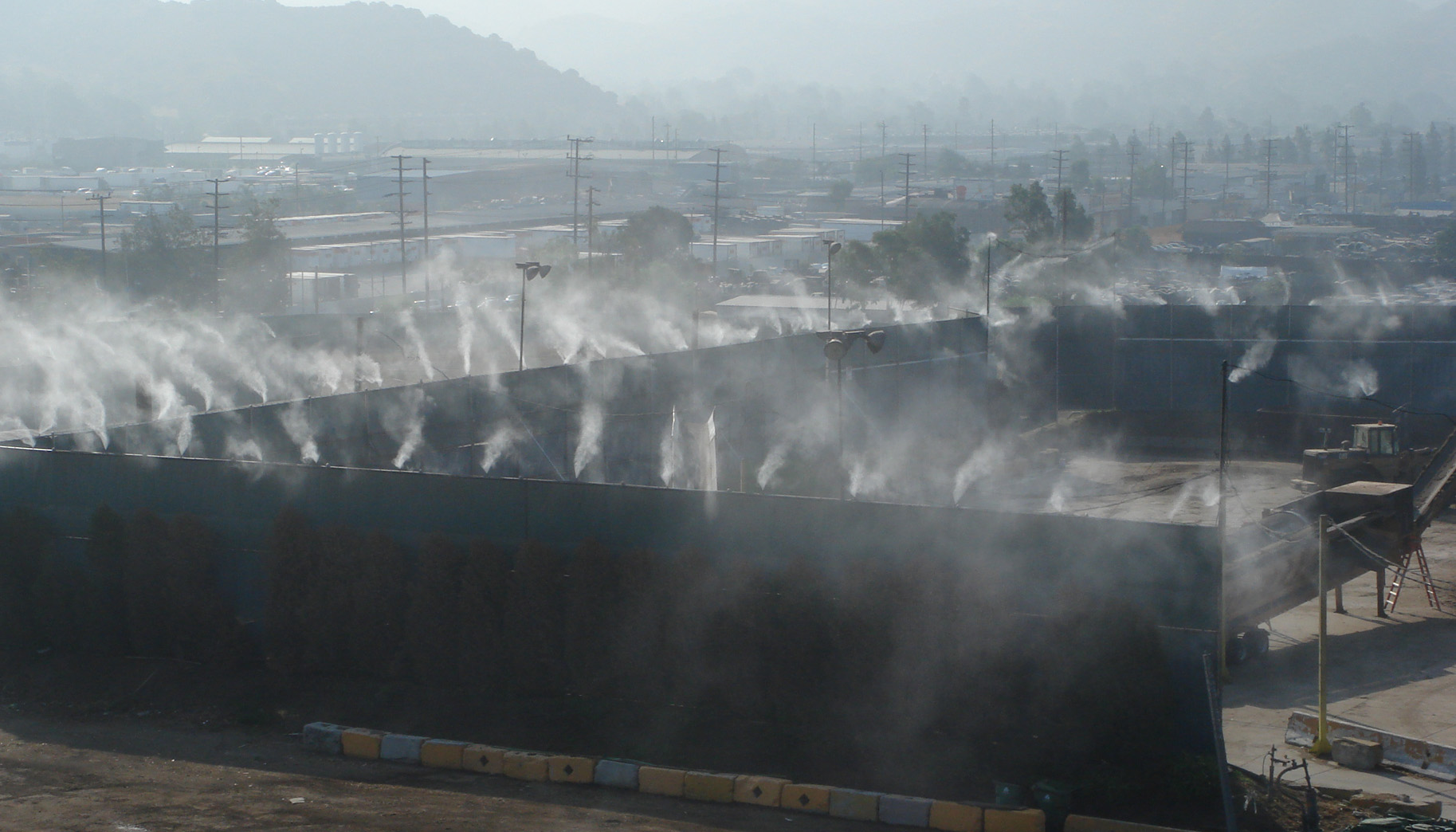 It is all combined and recycled into high grade mulch and compost in their site composting operation.

The nature of the waste and the composting process leads to the release of high concentrations of odor – especially during the turning of the wind rows.

The plant was receiving numerous complaints from the neighbors and citations from the regulators.

Already using a low pressure fogging system and product from another vendor, they were getting no relief.

The facility was skeptical.

Managers had heard it all before and were spending “too much money” on something ineffective.

Benzaco engineers suggested an improvement in the system – high pressure instead of low pressure, to improve application and probability to allow treatment of specific areas at a time.

Benzaco then suggested the use of OCC products which are very suited for odors stemming from composting applications.

Skepticism remained, however. Benzaco Scientific products were 40% cheaper to use than the ineffective chemicals they were currently using!

It was a no brainer and it worked! odor complaints were virtually eliminated and costs were reduced!

Management was pleasantly surprised and ecstatic.