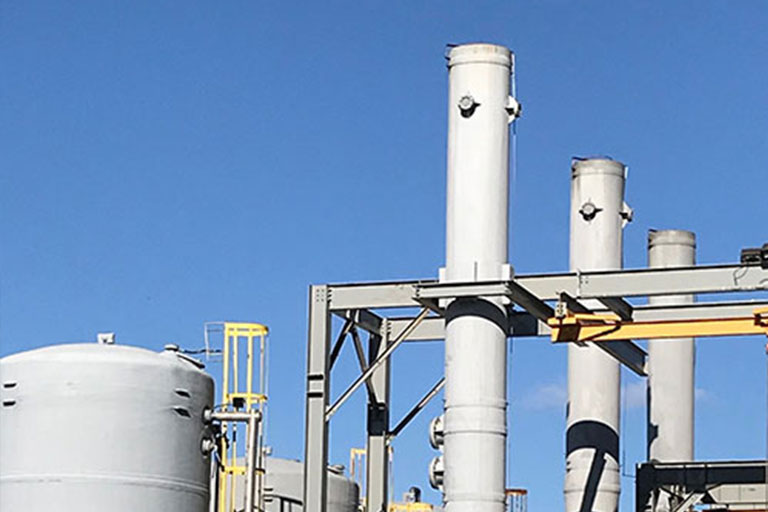 Neighbors surrounding a pork processing plant in Wisconsin were militant about the constant offensive odors wafting into their backyards and businesses from the rendering operation scrubber stack.

The plant controlled most odors from other parts of the plant through well executed housekeeping and operational procedures but had only marginal success with the scrubber – the largest and most problematic source.

The plant received complaints on a daily basis. The neighbors involved local government to bring greater pressure on the plant.

It was critical that the plant eliminate the odors and the complaints.

Complicating the issue was a strong corporate agreement with their current national water treatment vendor.

Change would be difficult even though the program they were using did not work.

Eliminate the odors and stop the complaints in the most cost effective way possible.

Benzaco Scientific engineers reviewed the entire operation of the scrubber.

To increase scrubber efficiency and reduce downtime maintenance, Benzaco suggested a comprehensive treatment scheme for the water side of the scrubber as well as ODOR-ARMOR® for the exhaust stack.

Local regulators reviewed the Benzaco solution and gave their approval.

The odor was eliminated! No complaints!

Scrubber cleaning and maintenance was reduced to once per year from once per month.

Total costs were reduced and odor control and treatment costs were cut in half!

The water treatment vendor is still there but no longer treats for odor.